Dappled by the midmorning sun, Sau-ii prepares to bring their intertribal-international native sound to the foothills of Viejas Mountain. The three-day festival, nestled in the mountain community of Alpine, is scheduled for the first weekend in May 2002.

The artists bustle about placing flutes, drums, rattles, whistles and electronic wizardry in anticipation of the Sau-ii presentation. Sau-ii consists of three California Tribal Men with extensive rigorous instruction in both traditional ethnomusicology and western musical instruments. They are professional musicians. Alan Lachusa: Luiseno/Maidu, M.F.A. from U.C. Irvine (Composition/Woodwind Performance), Ph.D. cand. U.C. San Diego. Victor Peralta, Chumash, has been a student of local Bird songs for over four decades. Roy Robinson, Cosoy band of Kumeyaay: Roy is one of the songwriters
for Sau-ii. He studied Afro-Cuban styles with Master Drummers from West Africa and his use of Bells, Shakers, and Ocean Gourds adds artistic variety to the groups music. Each has performed extensively with various groups throughout the California Southland. Alan Lachusa, for example: Quartetto Nuevo, Christopher Adler Trio, Radius, AMH Trio, The Michael Vlatkovich
Ensembles, The Vinny Golia Large Ensemble, Forward Funk, Jagratti, The World Reform Orchestra, Trio Consensus. Forming and reforming, much as the changing yet beckoning sound of their music in the oak leaves of the festival. Victor is speaker for the Sau-ii group. He explains the etymology of the name and the association with the local tribal community. Sau-ii is condor in one
of the San Diego tribal languages, Tipai, Kumeyaay.

Soon they are ready to begin. He announces their first selection is Pem Pem, this is the word for butterfly in Tribal Middle America Mayan. The sounds of aboriginal America slide into the morning: rainstick, flute, and whistle, drum. Their music transforms the craft fair ethereally to a different time space; even the light seems to sparkle brightly. The people begin to respond and feel these sounds of the Americas. Sau-ii continues to present original compositions that include the electronic organ western sound juxtaposed to
the Australian digereedo, Bass drum and alto flute. Together they produce compelling and unique music. The people gather eager to hear more of this special group, Sau-ii. 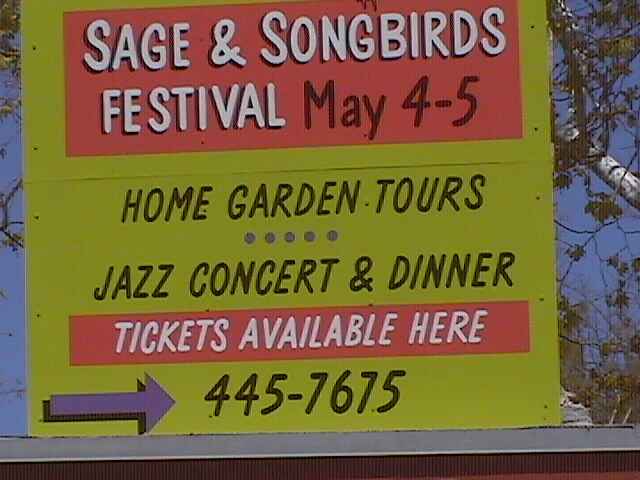